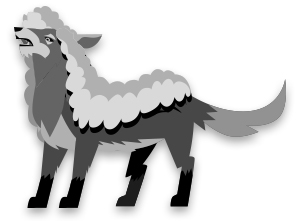 Variety may be the spice of life, but sugars are certainly the fuel. This is especially true for microorganisms. Most microorganisms rely on pentose and hexose sugars to generate energy and promote their own growth. For some of these microorganisms, any sugar that is locked away in a starch or dextrin molecule is off limits, because they lack the enzymes needed to break down the larger starch and dextrins chains. Standard brewing yeast falls into this category, as it has a limited repertoire of enzymes that can break down starches and dextrins. These yeast rely on saccharification by enzymes present in brewer’s grains, activated during malting, to unlock complex sugars in the wort.

Wild yeast species have a wide repertoire of glucoamylases (STA genes) encoded in their genomes, which can break down long chain carbohydrates in beer. Further, some domestic strains of Sacchromyces cerevisiae (called var. diastaticus or Sacchromyces diastaticus beer yeasts) – often used for fermenting Belgian and Saison styles – also contain these enzymes. These genes are expressed in a controlled manner when the yeast cells sense changes in carbohydrate levels. When easier-to-metabolize sugars such as glucose and maltose are exhausted, cells respond by expressing the STA genes, which results in the production of glucoamylase enzymes. The cells then move these enzymes to the cell surface, where they ultimately end up in the beer. Once there, these enzymes can break down any remaining starches and dextrins in the beer into smaller chain sugars that can then be consumed by any metabolically active yeast that are in the beer.

The issue with regard to the commercial brewing process is that, in a beer unintentionally infected with one of these strains, the glucoamylase enzymes will continue to metabolize dextrins. The smaller chain sugars that are then produced can be used by any remaining potential yeast to produce additional CO2 and ethanol, leading to over-attenuated beer. Using standard fermentation monitoring, the signs of an infection like this may not be evident at the time of packaging. However, we all know the potential consequences: thin or dry beer, and over-carbonation that may lead to dreaded “bottle bombs” or popped cans.

What can be done about Diastaticus?

This is an important problem, and uncovering beer contamination issues can take time. In terms of colony or cell shape, there are almost no differences between S. cerevisiae and var. diastasticus, so visual inspection is ineffective. Forced carbonation tests can determine whether “finished” beer is actually still fermenting as glucoamylases break down carbohydrates. Further, yeast can be subjected to PCR tests to determine whether STA genes are present – however, this will not necessarily indicate if they are expressed or “turned on.” Another option is to extract and test yeast samples on dextrin or starch media to determine whether the cells can express STA genes to produce glucoamylase and, therefore, would be able to use long chain carbohydrates as a fuel. Although these methods are all effective, they are often impractical due to the extra time or expense required.

At Precision Fermentation, our researchers are currently using fermentation monitoring to detect differences in beer conditions between pure cultures of S. cerevisiae and mixed diastaticus pitches, in order to understand and document the signs and characteristics of an infected beer. With continuous fermentation monitoring, our sensors can detect changes in beer that indicate metabolism of dextrins and additional fermentation. Our goal is to provide advanced notice of an unintentional Sacchromyces diastaticus infection, prevent repitching with a contaminated yeast stock, and ultimately help keep overcarbonated beer from appearing on shelves.

Questions? Ideas for further research? Add your comment below.

As the Director of Administration, Dave’s responsibilities are at the hub of all things Precision Fermentation, including human resources, accounting and operations. Dave has over 10 years experience in relationship-centered, team-based, and communication-focused roles in corporate and non-profit environments, including several Fortune 500 companies. Most recently, he worked in talent management and organizational effectiveness in the finance and healthcare industries. Dave received his B.A. from Washington University in St. Louis, and his M.A. from the University of San Francisco. He enjoys a good sour- the sourer, the better.

Eric Wittle has over 30 years experience in product engineering and professional services for both startups and Fortune 500 companies. He has lead product development teams for e-commerce, operating systems, and management software in both enterprise data-centers and scientific applications. Previously, he served for 16 years at NetApp where he was a member of the senior leadership team. He led engineering for the strategic development of NetApp’s partnerships with Cisco and VMware. He also oversaw release-program management and ISO certification for “Data ONTAP,” currently the world’s most widely deployed storage operating system. Eric received a B.S. in Information and Decision Systems from Carnegie Mellon University. He is married, has two daughters and currently lives in Chapel Hill, NC. He enjoys walks on the beach and reading science fiction novels.

Bruce heads all strategic and operational marketing efforts for Precision Fermentation. He is a seasoned marketer with over 20 years of experience connecting technology solutions with market opportunities and customers. Previously, he served as Director of Marketing Strategy for eG Innovations, a global IT performance-monitoring software provider, and throughout his career he has provided marketing leadership and tactical direction for technology-driven businesses across many industries, including IT, financial services, commercial printing, healthcare, wholesale distribution, and entertainment. Bruce received his B.A. in Philosophy from Dickinson College. His favorite beer is double IPA and he also enjoys sours and creative stouts.

Daniel has over 20 years of experience in the retail side of the brewing industry, opening and operating multiple restaurant and taproom concepts and producing many industry events. Through these ventures, Daniel developed a passion for craft beer and the ardent people that produce it. When the opportunity arose to focus his expertise on working to help improve the industry he loves, he jumped in and hasn’t looked back. Daniel graduated from University of North Carolina at Chapel Hill, played soccer both at UNC and in Germany for Hamburg SV, and spends his spare time with his wife and two daughters.