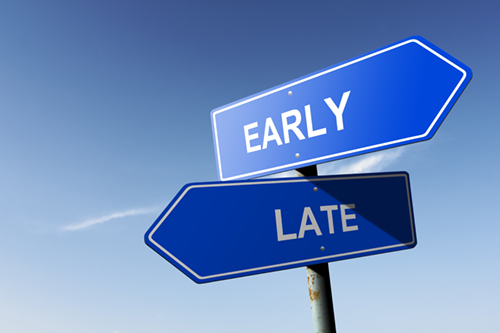 Unintended beer contamination, whether by bacteria or fungi, is a pervasive problem for the brewing industry. Infected beer can result in many undesirable outcomes, from slow to attenuate brews to unsellable beer (due to unsatisfactory sensory qualities), and more. The rich nutrient conditions of wort and fermenting beer are prime growth conditions for a wide variety of environmental and industry-specific microbes. And although advancements in sanitation, temperature control, and quality assurance laboratory measures have reduced the problem in the modern brewery, infected beer remains a risk and a stressor for most operators today.

Even the cleanest, most vigilant brewery can come under attack by a wily microbe, so keeping an inevitable small problem from becoming a disastrous larger one is part of the cost of doing business. To this end, early detection of beer contamination signs is the key. What are your early detection options?

Get Started with BrewMonitor – Zero Risk

Fermentation monitoring via microscopy is a standard operating procedure in many breweries. While counting yeast cells and confirming their viability, most QA personnel are constantly scanning the microscope field for bacteria (small, often fast moving, and with diverse shapes/morphologies), and for contaminating yeast (large or small single cell, hyphal, or flocculant chains of distinct morphologies). The problem here is that some contaminants can impart off-flavors or undesirable compounds into beer without being observable in a microscopy sample. Some beer contaminants that evade normal sampling techniques produce off-flavors to which the human palate is exquisitely sensitive. For example, many microbes can form biofilm on the vessel interior, but rarely show up in liquid. Other microbes sit on the brew surface, evading standard sampling techniques. Or, some live in the trub, far below the sample port. And so on. How can these microbes be detected?

A fermentation monitor with multiple sensors provides an opportunity to observe the complete dynamics of beer as it is fermenting. Closely monitoring these sensor measurements over time uncovers a complex set of relationships that define how your wort with your yeast performs, all the way from pitch to completed fermentation.

It may not always seem like it, but brewing yeast plays “by the rules.” These rules are set by the metabolic and signaling pathways within each yeast cell. For a given amount of gravity decrease, there is an expected – and observable – change in pressure, pH, etc. Sometimes, these relationships drift as the yeast become less fit for fermentation, and sometimes these relationships change dramatically as other unintended microbes affect the chemistry of the beer. An infected beer contains microbes with different enzymes, different fermentation outputs (fusels, organic acids, etc), and different byproducts than yeast.

As microbial life on earth is rich and diverse, so are the various outcomes of contamination. Glucoamylase containing microbes are perhaps some of the most threatening to brewers. These enzymes chew up the longer chain carbohydrate molecules down to sugars, to ferment them for energy. This can result in low body beers, higher than expected ethanol levels, and dreaded bottle bombs upon packaging. Many glucoamylase containing yeast, such as S. diastaticus, are nearly impossible to separate morphologically by microscopy, making their detection difficult except by purposely designed PCR or enzyme biochemistry assays. These can be valuable, but also time consuming and expensive.

One better (or perhaps, complementary) method to detect contamination is to use gravity measurements in real time to track whether a beer continues to demonstrate lower and lower gravity measurements (lower than the average attenuation of the pitched yeast strain). These measurements would raise red flags to prevent a beer with a diastatic potential from leaving the brewery.

Secondly, beer contamination that produces organic acids leads to distinct biochemistry in a beer. Without ethanol production, acids like butyric acid, citric acid, lactic acid, or acetic acid will change the beer chemistry during fermentation differently than ethanol. With continuous fermentation monitoring, these effects can be detected in early stages, allowing mitigation strategies to be determined by the brewery.

Unfortunately, sometimes these beers cannot be saved. But using data and observing these signs soon after the contamination occurs allows a team to improve their SOPs, supply chain, or fermentation conditions, and enables a brewery to minimize the risk of contamination going forward.