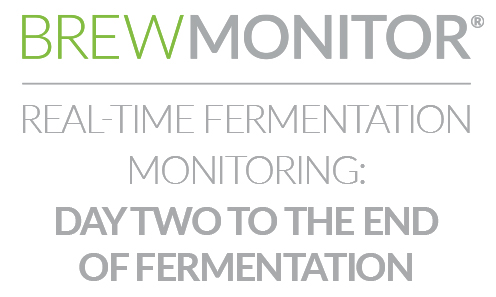 Perhaps now more than ever, you’re forced to do more with less at your brewery. With money likely tight and a staff that’s probably stretched thinner than usual, we’re all seeking to  maximize efficiency, productivity, cost savings and time.

BrewMonitor is the industry’s first real-time, comprehensive fermentation monitoring and analysis solution, purpose-built to enable brewers to increase quality and profitability through greatly enhanced fermentation-process control. To show exactly how real-time fermentation monitoring helps make better beer, reduces workloads, and minimizes stress, we’re publishing a series of blog posts to walk you through what it can do for you at each step of fermentation.

This is the final article of three (read Part 1 and Part 2).

PART 3: DAY TWO TO THE END OF FERMENTATION 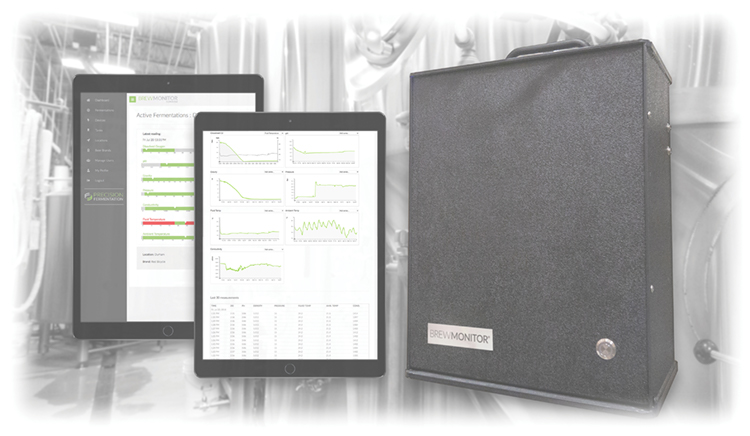 At this point in your fermentation you can more or less sit back, relax (as much as any brewer can, given everything they have to do) and wait for alerts. After the first 24 hours everything should be on track and progress should very closely match your benchmarks. It gets a little trickier for one-offs but you can always let yourself be guided by a closely related batch, like a wort with the same yeast and similar gravity but different hops. Just don’t forget to build a little slack into your matching standards, and you’ll have no problem setting alarms on your sensor hubs.

What to Watch Out For – Pace of Fermentation

Look out now for unexpected slowing or stalling or, conversely, whether fermentation is progressing too fast. These could be signs of an under- or over-pitch or yeast, or yeast that weren’t as healthy as initially thought. In addition to alerting to possible problems with the fermentation, this should also prompt you to potentially rethink your repitching options.

Any of these possibilities would also flag the need for greater attention to sensory testing and forced aging before release. Is the beer’s flavor and aroma still matching expectations? Will it age the same as expected?

If you’re spunding, keep a close eye on gravity and set alerts accordingly. You may want to close the blowoff valve as soon as the density line starts to become asymptotic.

What to Watch Out For — pH

Benchmark your pH changes. Some beers will be more heavily buffered than others because of higher gravity, for instance, or use of water modifications, so pH may take a little longer to start to drop as fermentation gets going. At the end of fermentation the pH should start to drift upwards a little as some of the organic acids get consumed as tertiary carbon sources. Terminal pH should end up around pH 4.6, if lower, and it continues to drop, this could indicate possible contamination by an acid-forming bacteria and require further investigation.

What to Watch Out For — Refermentation

If you’re dry hopping or adding fruit keep an eye out for unwanted refermentation. With the use of a sensor hub, brewers may discover that gravity is dropping more variably than expected after the hop or fruit additions. This can happen for reasons as subtle as the particular hop crop year, source, age and use of T45’s versus T90’s.

If you’re dry-hopping for biotransformation or hopping after terminal the sensor hub’s density measurement will help determine if there are still enough yeast in suspension to ensure sufficient yeast activity to clean up hop creep and any oxygen added by the hops. You may want to pay close attention to the amount of time it’s taking to get to terminal gravity, as creep may happen slowly and need days or weeks to be sure.

If you set alerts to announce the end of fermentation, not only will this reduce delays in determining when to crash and transfer to the brite tank, it will let you know the best time to harvest your yeast to repitch at maximum health.

For any size brewer, the data from the sensor hub should allow for detection of the unexpected, act as an early warning system for potential complications and starting the troubleshooting process. If everything looks good it will provide the brewer with a very precious commodity, peace of mind and a more restful night’s sleep.