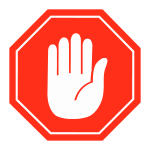 Anyone who works with brewer’s yeast knows they need to give it a pretty cushy work environment to maintain its function. When yeast cells aren’t happy – say, because they’re unhealthy, run out of nutrients to digest or colleagues to do their share of the task – they stop doing their job. If you’ve experienced this, you know it can prove quite frustrating trying to diagnose the cause and prescribe a solution.

What is a Stuck Fermentation?

Instead of fermenting along nicely until you’ve reached your final gravity target, your yeast simply quits, resulting in a stalled or stuck fermentation. You can catch a stalling fermentation within the first 24 hours by noticing that your pH levels aren’t falling rapidly. Because beer doesn’t ferment at a constant rate, after this one-day window you shouldn’t worry until the gravity reading has stagnated for at least 48-to-72 hours. At this point, however, you’ll need to restart the stuck fermentation in order to produce the beer you want.

To do that, you first need to identify the culprit.

As noted above, anything that fails to catalyze the yeast into action or stresses it beyond its limits can trigger a stuck fermentation beer. The most common causes are:

How to Prevent a Stuck Fermentation

Here’s where proper yeast management really demonstrates its value. Assuming you’ve bought or propagated yeast in quality condition, it’s imperative to keep it viable and vital. To do so, store each yeast slurry in an airtight sanitized vessel at temperatures ideally below 42 degrees but above freezing and handle it in a hygienic manner to avoid bacterial or cross-contamination.

Next, use your hemocytometer to count the number of cells in your slurry.

Pitch and ferment at the correct temperature and avoid sudden fluctuations. While you can almost always get the exact numbers for your strain from the vendor or manufacturer, generally, ale yeasts like to live in wort well below 80 degrees, hovering in the 68-degree range. Most lager yeast thrives between 45-55 degrees.

How to Restart a Stuck Fermentation

If your tank climate is suitably controlled, you may have read that you can aerate the wort at this point to allow the yeast to respirate and thereby reproduce. This is mostly an urban myth and a dangerous one at that. This will not actually cause the yeast to reproduce, and the risks of introducing oxygen once fermentation has begun usually outweigh the benefits. To avoid the off-flavors that can emerge from trying to rouse the yeast this way, you’re much better off following the step below.

If you determine the yeast itself caused your fermentation to stall, whether through less-than-ideal vitality, flocculation tendencies or density/pitch rate, you’ll want to krausen by adding vigorously fermenting wort to pick up the slack from the inactive yeast and jump-start the fermentation. Typically a successful krausen makes up 10% to 20% of the volume of the wort in the tank.

For a comprehensive, real-time solution that helps you proactively identify and reduce fermentation problems, try BrewMonitor from Precision Fermentation. BrewMonitor enables craft brewers to track each fermentation’s activity by live-streaming DO, pH, gravity, pressure, internal/external temperature and conductivity data to any smart phone, tablet or PC. It also sends instant alerts if a fermentation’s metrics go out of range. BrewMonitor helps increase efficiency and save money, while dramatically improving batch-to-batch consistency.

Tara Nurin is the beer and spirits contributor to Forbes, the drinks columnist for New Jersey Monthly, a co-host of the weekly What’s on Tap TV show, and a writer for publications like Food & Wine and Wine Enthusiast. The certified beer judge teaches a for-credit university beer class and leads beer seminars for institutions like the Smithsonian. The former broadcast news reporter has won two first place awards from the North American Guild of Beer Writers, founded NJ’s original beer education group for women and volunteers as the archivist for the Pink Boots Society for women in the beer industry. She’s currently writing a book about the history of women in beer for publication in spring 2021.

We use cookies on our website to give you the most relevant experience by remembering your preferences and repeat visits. By clicking “Accept All”, you consent to the use of ALL the cookies. However, you may visit "Cookie Settings" to provide a controlled consent.
Cookie SettingsAccept All
Manage consent

This website uses cookies to improve your experience while you navigate through the website. Out of these, the cookies that are categorized as necessary are stored on your browser as they are essential for the working of basic functionalities of the website. We also use third-party cookies that help us analyze and understand how you use this website. These cookies will be stored in your browser only with your consent. You also have the option to opt-out of these cookies. But opting out of some of these cookies may affect your browsing experience.
Necessary Always Enabled
Necessary cookies are absolutely essential for the website to function properly. These cookies ensure basic functionalities and security features of the website, anonymously.
Functional
Functional cookies help to perform certain functionalities like sharing the content of the website on social media platforms, collect feedbacks, and other third-party features.
Performance
Performance cookies are used to understand and analyze the key performance indexes of the website which helps in delivering a better user experience for the visitors.
Analytics
Analytical cookies are used to understand how visitors interact with the website. These cookies help provide information on metrics the number of visitors, bounce rate, traffic source, etc.
Advertisement
Advertisement cookies are used to provide visitors with relevant ads and marketing campaigns. These cookies track visitors across websites and collect information to provide customized ads.
Others
Other uncategorized cookies are those that are being analyzed and have not been classified into a category as yet.
SAVE & ACCEPT
Powered by

Amanda holds a bachelor of arts in Communications with a minor in Marketing and Cultural Studies from DePaul University.

Ken has 25+ years of C-level inside technology space with multiple successful exits. At Precision Fermentation Ken is driving the organization to become top-notch in operational excellence. Ken graduated from The University of Georgia and is a huge Bulldogs fan